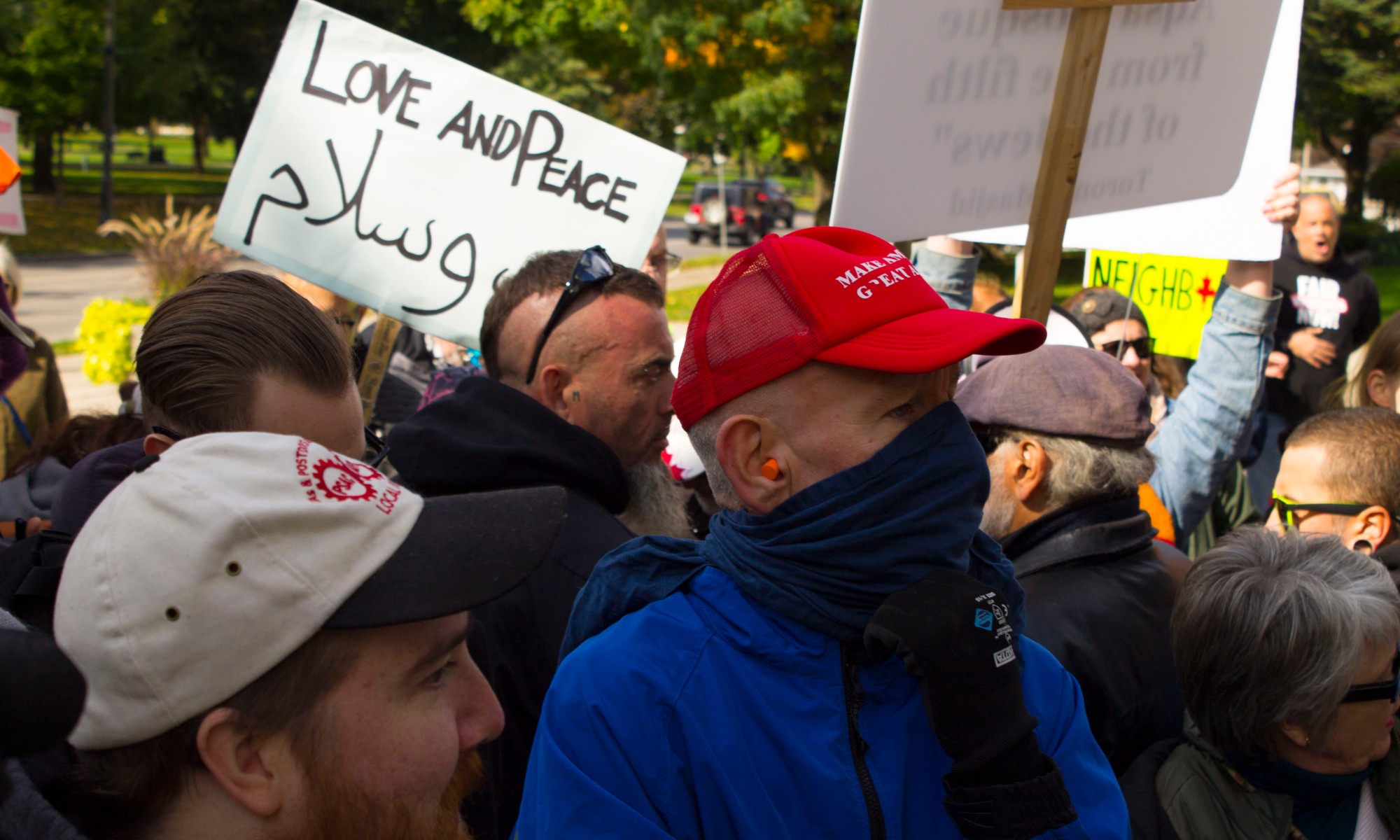 “You’re in shock, you’re hurt, you feel alienated and disillusioned,” said Sharifi of his traumatic experience. The two men punched him repeatedly, called him an Arab, and told him to go back to his country.

“The depth of the wound is so deep that you feel like nobody will really, truly understand,” he said.

From verbal assaults to physical attacks – Muslims in Canada are experiencing hate incidents at alarming rates. In Ontario, crimes targeted towards Muslims rose by 207 per cent this year, according to the latest Stats Canada report.

Hate crimes are on the rise in Canada overall, but Ontario experienced the biggest annual increase.

London, a city that has had a growing Muslim population since the 1950s, is also seeing a rise in hate crimes.

Canadians are more likely to harbour negative stereotypes about Muslim Canadians, a 2018 Canada-wide Survey released by Canadians for Justice and Peace in the Middle East (CJPME) found.

“Somebody feeds this discourse that immigrants are all parasites and that the reason you are poor or don’t have good jobs is because of them,” said Sharifi, who also faced a verbal assault in downtown London when he was asked by a woman, “Where’s my tax money?”

Islamophobia threatens not only Muslims, but also anyone who is simply perceived as Muslim, said the study by CJPME. This was the case for Sharifi:

“It doesn’t matter if you say, ‘oh hey, I’m not a Muslim,’ it doesn’t solve the problem. You can’t undo it by dis-associating. We’re all in it together, sort-of,” Sharifi said.

The London Police attributed the rise in hate crimes to “better reporting behaviour.”

“I do think there’s a greater comfort level in the community in coming forward and reporting incidents, so in that respect the increase in reporting is probably a good thing if people are more comfortable coming forward,” Deputy Chief Steve Williams told CBC.

But what happens when people do come forward?

In Sharifi’s case, London police investigated the incident as a possible hate crime, but ultimately it was not recognized as such. He says it was frustrating and  tiring to go through the process which he was hoping would lead to charges.

“It takes a lot of energy to be heard. You are trying so hard to prove yourself as a victim, which is not a pleasant thing. Its the last thing anybody wants to be identified with,” said Sharifi.

“It’s then a major project to step out of that image when everyone sees you as a victim for many years later,” he says. “That shouldn’t be the case for everyone who needs to be heard.”

By going ahead with the charges, Sharifi says he wanted to hold the justice system accountable for what they claim they want to do for survivors of racial violence. But he feels the response was not just. The attackers were given sentences including probation and house arrest.

Sharifi did receive a victim compensation fund of $6,000 from which he split the funds between London’s Cross Cultural Learner Centre – which helps with refugee resettlement, and other charities that help financially struggling families back in his native Iran.

“It’s easy to criticize the society and sit around and say nobody is doing anything. But it’s also easy to take a step. I wanted to demonstrate that.”

Overall, 57% of Canadians consider Islamophobia to be an increasingly disturbing problem in Canada, according to the CJPME study.

Around a hundred people rallied in opposition to the anti-muslim hate groups such as PEGIDA, The Proud Boys, and Soldiers of Oden, which demonstrated in front of London’s City Hall last October.

Wendy Goldsmith, an organizer and activist for anti-PEGIDA rally, said these hate groups have been coming to demonstrate in London every month for over a year.

“This is a bigger turnout [of counter-protestors] than we’ve seen in a long time, so that’s really hopeful to me,” said Goldsmith at the rally, adding, “We can’t just ignore hate speech, we really have to combat it.”

One of the PEGIDA protestors, Darlene, who refused to give her last name, says she has lived in London her whole life, and claims there is “hate speech” that is being spread “in  the Mosques by the Imams” against Jewish people and Christians.

Aarij Anwer, Executive Director of the London Muslim Mosque was appreciative of the support shown to the Muslim community by counter-protesters, but worried it could escalate the situation further.

“It’s gone from casual racism to specific hate towards the tenets of the faith and the people who practice it,” said Anwer. “And then that hate translating into actual harm where people are hurt – physically, emotionally. I think it’s going to get worse before it gets any better.”

“We all need to catch up with what’s happening in our city, in our country and in the world” – Mohammad Sharifi.

Sharifi says people need to defend those being harassed when they see it. “You have to take steps before it gets critical and turns into a huge tragedy,” he said. “Big problems start with small problems, it’s a given.”